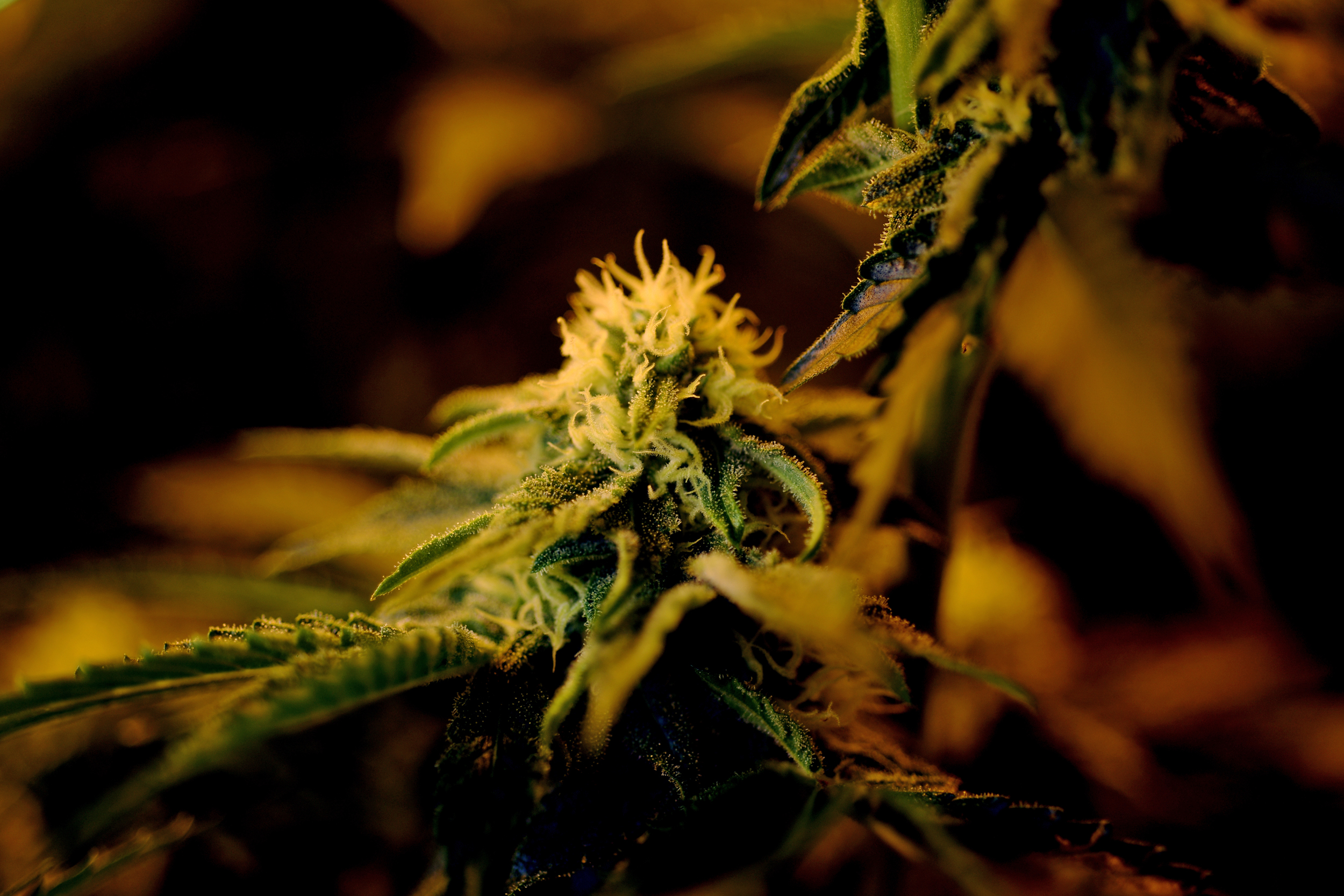 BOULDER, Colo. — One day in fall 2018, Bo Gribbon began to vomit and couldn’t stop. He threw up multiple times an hour from morning to night before his mother drove him to the hospital near their home here.

“It felt like Edwards Scissorhands was trying to grab my intestines and pull them out,” said Gribbon, then 17.

Over the next nine months, Gribbon went to the emergency room 11 times for the same problem: severe vomiting and screaming at the same time that lasted for hours. When a physician’s assistant told him the likely cause, Gribbon didn’t believe it at first. He had never heard of marijuana producing a side effect like that.

“The only thing that convinced me was that it stopped when I stopped smoking,” said Gribbon, now 20.

Colorado and Washington became the first states to legalize recreational marijuana in 2012. Several years later, doctors in Colorado and other states are expressing alarm over the increasing potency of cannabis and the health risks it may pose for young users — from psychiatric issues, including violent psychotic episodes, to the mysterious condition that plagued Gribbon.

The condition — officially called “cannabinoid hyperemesis syndrome” but now known to health care workers as “scromiting,” a mashup of “screaming” and “vomiting” — has popped up with increasing frequency at hospitals in Colorado, doctors say.

The ER at Parkview Medical Center in Pueblo saw only five scromiting cases in 2009. By 2018, the number had risen to more than 120, according to data compiled by Dr. Brad Roberts, an emergency room physician at the hospital.

Reports of the syndrome doubled in two different ERs in the state shortly after legalization, according to one study.

Roberts said the presence of these patients strains hospital resources. When faced with people suffering from bouts of nonstop vomiting, doctors often order up an array of diagnostic tests to rule out other underlying causes.

“We use up a lot of medical resources to see if there is anything more seriously wrong with them,” Roberts said.

A 2018 national research review called the syndrome “an increasingly prevalent and complicated problem for health care providers and patients.”

Cannabis has been consumed by humans for thousands of years, but relatively little is known about cannabinoid hyperemesis syndrome.

The condition was first reported in scientific literature in 2004. The available research since then indicates that it stems from chronic use of especially powerful marijuana.

A 2017 review of studies found that 97 percent of people who developed the condition reported using marijuana at least once a week. About 75 percent said they consumed cannabis regularly for over a year.

The authors noted that it’s not yet known why some marijuana users develop cannabinoid hyperemesis syndrome and others don’t. The fact that marijuana is used by many people to suppress nausea adds to the mystery.

People who’ve had the syndrome say it can be alleviated with hot showers or baths, but the episodes often continue until the patient stops using marijuana altogether.

Scromiting cases have increased as pot has become far more powerful, according to doctors. Experts say the marijuana consumed 20 years ago had levels of THC, the main psychoactive ingredient, of 2 percent to 3 percent, but cannabis products now sold in markets like Colorado can have THC levels as high as 90 percent.

Dr. Timothy Meyers, the chair of the emergency department at Boulder Community Health, said when he first arrived at the hospital 18 years ago, it was a condition he never saw.

“Now I see it practically every day,” he said.

Four Colorado doctors interviewed by NBC News said they’ve also seen an increase in the number of patients with psychiatric issues after consuming powerful marijuana. A 2019 study found that consuming cannabis with THC levels exceeding 10 percent increased the odds of a psychotic episode.

“Almost every day I see a patient in the ER who is having a psychotic break after taking high-potency THC,” Roberts said.

Dr. Karen Randall, who works in the Parkview Medical Center emergency room with Roberts, said she spent 19 years working in a downtown Detroit emergency room, but that didn’t prepare her for what she characterized as the high volume of “acutely violent psychotic patients” in Colorado.

Marijuana has long been considered a nonaddictive drug that causes few, if any, serious side effects. It’s still not clear if it causes more serious mental health problems, but a growing body of research suggests it can have damaging effects on adolescent brains.

An increasing share of Colorado’s $2 billion cannabis market is made up of concentrates or other products with high levels of THC, according to Tim Ruybal Jr., who founded Dyspense, a company that tracks inventory for the industry. Ruybal said concentrates made up 43 percent of the market share in 2020, up from 32 percent in 2019.

“Evidence for how cannabis, especially in higher concentrations, impacts mental health is growing and stronger, especially on how it relates to psychosis and schizophrenia-like symptoms,” said Dr. G. Sam Wang, an emergency room doctor and toxicologist at Children’s Hospital Colorado in Denver.

“These impacts are seen more with higher-concentrated products and with more frequent use,” Wang said.

Randall and Roberts were among a group of Colorado doctors who threw their support behind a state bill designed to close a loophole that allowed young people between the ages of 18 and 20 to get their hands on large quantities of high-potency pot.

Cannabis is not legal in Colorado for people under 21, but prior to the bill’s passage in late May, 18-year-olds could get state medical cards after a brief call with a doctor, allowing them to buy up to 400 doses per day shopping from store to store.

The new legislation requires those under 21 to visit two separate doctors in person to get a medical marijuana card and limits the amount they can buy from an individual store. It also restricts the amount of marijuana concentrates that people over 21 can purchase at medical dispensaries and mandates the creation of a tracking system to prevent people from going shop to shop to amass large quantities of pot.

Rep. Judy Amabile, a state lawmaker who represents Boulder, supported the bill and gave an impassioned speech on the House floor linking her own son’s experience with schizophrenia to cannabis.

“Everywhere he went, this product was available and in greater and greater concentrations and potency,” she said.

“It’s too late for him,” she added. “Let’s talk instead about your children.”

In an interview with NBC News, Amabile said she was surprised the bill passed with such wide margins.

“To me that is a sea change, and I credit this group of activist moms who testified, who really put in the work to educate legislators,” she said.

‘My life was falling apart’

The bill is directed at young people like Will Brown, 17.

Brown told NBC News his mother would sometimes find him on his bedroom floor unable to speak after he inhaled concentrated cannabis oil vapors in a process called dabbing.

“I knew I couldn’t stop,” Brown said. “My life was falling apart around me.”

“They wanted to profit off of these younger kids, who don’t have access to this,” she said.

“I am an advocate for stricter marijuana policies and stricter doctor-to-patient relationships and the qualifications you need to meet in order to get a medical marijuana card,” Block said. “Because [from] experience, it is so easy to get your hands on.”

Both Block and Brown are now sober and attend 5280 High School, a Denver charter school for teens with substance issues. They said they’re alarmed to meet kids in their recovery groups who dabbed in middle school.

Colorado’s cannabis industry supported the new legislation. Truman Bradley, executive director of the Marijuana Industry Group, said the trade association believes young people “should never use cannabis unless under the strict supervision of a medical professional.”

“MIG has worked with a broad base of Colorado stakeholders for over a decade to provide young people with evidence based information in order to make good decisions,” he added.

But Bradley said he doesn’t see the need for additional regulation on marijuana potency.

“I guess I don’t see the correlation between a potency change and kids illegally consuming cannabis,” Bradley said. “It shouldn’t happen, whether it’s 60 percent, 50 percent, 40 percent. The issue is how is it getting there? And I feel like we took a major step to get there.”

Bo Gribbon is now sober and headed to college this fall to study electronic music.

He said he’s clear-eyed that what happened to him was a result of his own decisions, but he said the industry should also be held accountable.

“I don’t know if anyone needs to go to jail, but I think they need to be sued,” he said.

Gribbon’s mother, Robin Noble, said pot may work for some people, but “for my son, it stole his curiosity and interest in life.”

Now that he has stopped, she said, “his general joy is back.”

UK to offer Covid booster vaccines to people over 50

Why do Covid rapid tests cost so much even after Biden’s push for lower prices?